Older versus younger toddler behaviour (and what to expect):


Toddlerhood, particularly the dreaded twos and threes often leave parents wondering what to expect, and when their children will become more sane and rational (and less likely to throw a tantrum on demand).

As my son approaches 4, I see a number of changes and shades of maturity setting in (and not just with him, but amongst this friends too). Quite a stark difference from a year ago. Below are some of the major changes you can see as they become "older toddlers," as compared to the terrific twos and ones. 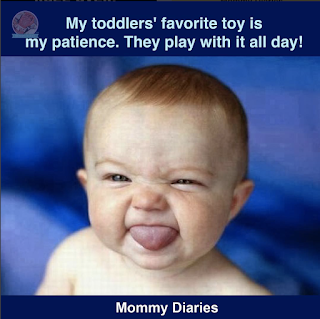 What to expect from your older toddler:

1. Mind of their own: Almost every toddler today has a mind of their own, frankly I am yet to meet one that doesn't - however, they are quite righteous and stubborn about what they want by the time they get to 4. To the point where it is difficult to convince them that their way is not the right way. Unlike 2, where bribery worked better.
My son went through a phase at his music class where he was insistent that the neighbor was going to come get him (wasn't totally illogical because he had overreacted to something in a story), and I have spent months as the only parent in class, until he settled again post Christmas break, because there was nothing I could do to get him to change his mind (post which he goes on only as long as my handbag is in class or cell phone cover is in his pocket, as proof that I am not moving from the door). What worked was slowly displaying and proving to him over a period of months that is safe, and I am standing right outside for the entire duration of the class. But bribery, distraction and quick fixes no longer work.

2. Less tantrums more refusals: While my two year old would scream like a banshee (just like my one year old currently does), if he didn't get his way, my almost 4 year old just refuses to do what he doesn't want to do. If you try to force them however, heavy shrieking and tears are likely to follow. No definitely means no, with a few exceptions. 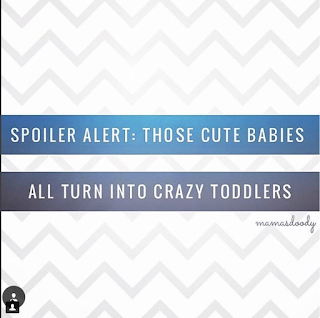 3. Manipulation and how: They are now more acutely aware of cause and effect and have a good understanding of how it works. I get comments like "Mama, if you don't let me play right now, I will cry," and from this morning - "if you don't get ready and drop me to school yourself (as opposed to in his carpool), I won't go" (followed of course by him taking off his school bag and kicking off his shoes). 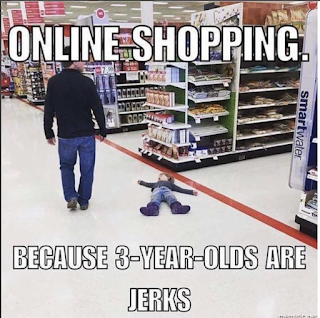 4. They got the smarts: If I tell him I'm calling in someone to help me - help is always needed at bedtime - (like his father when he's driving me nuts at bedtime), he will wait and say "But I know you didn't dial." I thought I was a genius, but now I feel outsmarted in every way by this little three year old who knows me just way too well.

5. More phases (and ones that take longer to go away): because their reasoning and logic behind their "phases" is sound (atleast in their minds), and is not something that they can easily swayed from, and they take time and persuasion to get over the phases they go through at this age. For example, my son has decided that he will no longer go for classes unless I drop him, initially he wanted me in the classes, but with time and persuasion, I am now on drop and pick up duty (I am trying to wean one at a time, though I honestly do not mind as I get time with him, but there's less I get done in the office and I am exhausted trying to make up the time at work and with my little one who often gets dragged along). I understand that his demand comes from fear, and from an insecurity, and it takes time persuade him otherwise. However, by being there for him, pampering him (with time and affection not material things) and making him realise how important he is to me, I can see a huge improvement and he's much less clingy.
Likewise, he went through a hitting phase recently, that too was something he felt he was right to do as he would say that the other child "took his things," or "hit him first/ in the past," or said something that hurt him. However, with a lot of repeated explaining that he will not have his friends around if he hits, that they will not want to play with him and that he is hurting other people with his actions, this phase ended too (it did take about a month though). 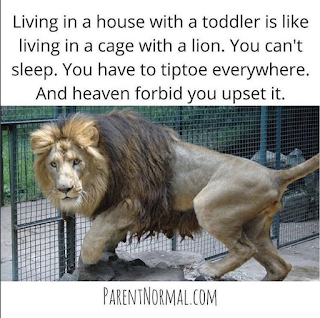 6. Logic works: So clearly, what works when them when they are being stubborn, over smart, or going through a phase - is logic. Sometimes it clicks with them immediately, other times it takes a lot of repetition and proving your point again and again. However, it does usually work and sink in - so stick to your guns too and keep going (on the big things please - don't make an issue on the little things where they are often just pushing their boundaries to see what they can get from you).

7. More independent: There are shades of little teenager - stubborn, sometimes argumentative, and insistent, but there are also shades of being a grown up. They want to start going to the loo on their own, trying to wear their own clothes, don't always want to hold your hand, feed themselves, and even pour their own water (from a glass). That doesn't mean that they don't need you when they are hurt or want to cuddle you when they need it - it just may not always be when you want it.

8. Stories, stories and stories: Most love books (specially if you have made it a habit from early on), but it's the "talking stories" (as my son calls it), that can really teach them what you want to. These were the most effective tool when I was expecting, as it was my way of conveying to my son how truly special he is to me, and how he is really my first baby. It was always my way of making sure that he knows what to expect when the new baby comes and that he doesn't feel insecure in the process. And they worked. Now that he is older, I see him telling me talking stories about his day, and  also asking me about mine and wanting to hear every detail in story form. Use these moments to teach them valuable lessons - here is your chance to help them shape up to be the men and women you want them to be, and inculcate the values you want them to have.
We often touch on stories of empathy, compassion, and kindness, along with equality and empowerment - not in as many words, but through the stories I tell him about the things I have seen. 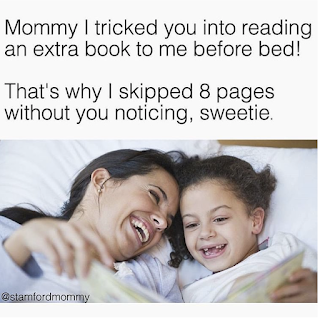 9. More afraid: I find my toddler, as he grows older, being more afraid of real world things. Not necessarily monsters, and gruffalo's but of animals in the jungle and why they behave the way they do (which I often explain to him is not really scary, and that they are far away, I have even told him stories of being on safari and how I am safe), of the big bad wolf (which I keep reinforcing is an "imaginary/ story book creature"), and of death and old age (what little they can understand of it).
I am a strong believer that if they grow up knowing something - it is less of a shock to them when they actual find it out. So I do not shy away from answering big looming questions - like death and the like, instead I soften the blow and explain the realities of it (without going into "if we drive fast etc,  accidents happen", but rather "when someone is really old then...").

10. Remember everything: It's a sudden transition - when they go from forgetting everything to suddenly telling you about something that happened a few months ago. Or at least it feels sudden. However, their memories are more lasting - my son remembers a lot about his third birthday (which makes me think I should have done something smaller, since he wants it replicated exactly the same way!). It is also a good reminder for me to be careful about what all I expose him to, I can no longer jump into the shower with him post a swim because it is more convenient and I don't want to be shivering in my swim suit, it's not a long lasting memory I want him to have. So keep this in mind when you are interacting with your children.

Hope this gives you a better idea of what to expect as your toddler gets older!
More to come!xx
-TKV

P.S. Enjoying the images? They are from Mommy Diaries on Instagram, a community that is now 40K followers strong. Do follow along!

All content on this page belongs to the author and cannot be reproduced or replicated without expressed permission.