10 ways to bond with your younger child:

This is my last blog post of the year, and before I go into what it's all about, I want to start by saying a big THANK YOU, to each and every one of you - whether your reading my page for the first time, or the 100th, because this blog, really started as notes on my phone while nursing, and I cannot believe what a community it has become. Not just on here with the 140,000 readers now, but the 60,000 + of you, on social media too, and while you get information, love and lots of humor (I hope) from me, I get a lot of strength, positivity and empowerment from each one of you that shares, likes, comments, sends feedback or even reads my posts - so really, thank you! Tons more to come in the New Year, and some hopefully incredible updates that I have been working hard on - so stay tuned for that! xx


When it comes to babies, it’s not always love at first sight, and that is really okay. Parents often pressurise themselves to feel as strongly as they believe they should right from the get-go. Understanding your child, and their personality takes time, and similarly the bond will develop and keep getting stronger. Post-delivery, we are dealing with stress, exhaustion, hormonal changes and a host of other physical changes that we are just starting to get a grasp on, try not to pressurize yourself even more.

While I feel equally close to both, I do constantly feel the struggle to make sure that I spend as much time with my little one and not get too consumed by the demands of my elder one. Specially since my elder one is now at the age when he wants to play board games and needs my attention more to sit down and do things with him. While the shuffle can be stressful, it is also normal for your elder one to need more of your time right now specially since they are likely able to express their demands and scream for them. However, your younger one will eventually catch up too and learn to demand the attention they need.

We may all say that are children are equal to us, and to many they are, but if you are not feeling as bonded with your second (or subsequent) baby as you did with your first, or if you just need some ideas of things to do with your little one while juggling, here are some pointers.

(For tips on building sibling bonds or how to build relationships between your children, click here.)


10 ways to bond with your younger baby:

Learn to inculcate your elder child into this routine, have easy things he can do while you are nursing - lacing, drawing, sticker books, reading, story telling - so that he can sit next to you, chat with you, be engaged and a part of the process, while you nurse. You will feel less divided, and you are still bonding with your younger one in the way they find the most essential - while cutting out on any guilt.

2. Take them along: My daughter has spent her first year doing my son's carpool pick up and drop off (something I didn't do before I had two but now I do it as a way to bond with both of them in the mornings),  going to several 3rd and 4th birthdays, play dates, play areas and garden time - kind of like a mini 3 year old who you have to carry everywhere (and yes, initially be comfortable nursing or giving a bottle of pumped milk anywhere). And as a result, I find that she's grown up faster  - bitter sweet but great too because at 16 months she's talking in full sentences, singing entire songs, counting till 10... all of which she has learned from her brother.

3. Make them part of more than the conversation: I would find that most of my conversations would still revolve around my son, just because he did more, said more and I had to plan more things for him. However, make your little one a part of it too - try to remember that she didn't just roll over - she actually rolled over!! (and you were likely extremely excited about this the first time around).
However, making them a part of more than the conversation is about more than just talking about them - it's about engaging with them too! 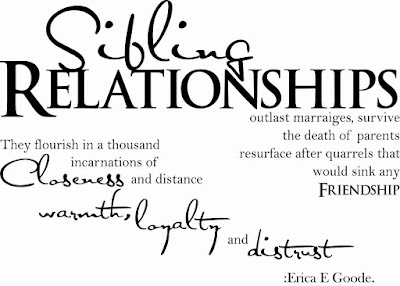 4. One on one time with your little one:  As your little grows, beyond that tiny infant, make sure to take them on outings alone, even if it's to the grocery store, or your dragging them along to lunches with friends. My daughter has been on girl's nights and out for dinner with us to friend's houses - half asleep in her car seat. Just because - it was the one time I got with her.
Closer to 1, I enrolled in a mother toddler program, so that I would get dedicated one on one time with her multiple times a week. It really is a great way to get to see their budding personality emerge.

5. Start your day with your little one: Maybe not the first thing in the morning, but once your elder child is off to school, or busy with something, get  a few one on one minutes with your younger one every morning. Make it a habit. Even if it's literally a few moments to sing them a song, tickle them, play pat-a-cake, or cuddle.
A little goes a long way in telling them that they are important to you, and telling your elder child too, that the younger one is an important member of the family (this becomes important as they grow up too).

6. Sing to them together: We started with singing, while I was nursing, or while we were playing. Little rhymes and things that I would sing, and now, my son sings them to her all the time, and repeats the rhymes like " this little piggy" while playing with his baby sister. I have also realised that they put on the music and dance together when I am not home. Music - something that's always helped keep me sane - has not only helped me bond with my little one, but ties my two babies together too even more strongly.

7. Make them laugh: This may seem obvious, but it's something that in the midst of all the other chaos in our lives we sometimes forget to take time to make our babies laugh. And I mean - specifically - take time to make your younger one laugh. It will endure you two to each other more, hormonally, through the endorphins too , and because how can you help but fall in love with a baby's laughter?
As they grow, you will also get to know them better through this - as you will see that it will get more difficult to do so, however, you will also come to understand appreciate - as I have - the intellect of the child, once they start to understand more complex jokes and situations, while we discover how to humour them.

8. Try to feed them a meal in the day: Particularly once they stop nursing, try and dedicate at least one meal, where you feed them (particularly for working moms like me, or those who have help at home).  You could feed both (or all) your babies together yourself, but make time to do this.
It amazes me how fast my daughter has learned to feed herself certain foods - another thing she has picked up from being a younger child I assume. However, this feeding relationship is short lived so enjoy it while you can.

9. Dedicated activities that only you will do: Keep a dedicated activity that only you will do with your child. It doesn't have to be anything fancy. For example - no one else bathes my children but me. It's been a rule since they were born. They sometimes ask for my mom or husband to help, or watch but bedtime and bath rime is mama's territory which they well know. Now that both my babies sleep at the same time, I put my son to bed while my husband walks my daughter (as it is no longer possible for me to put both to bed as I was doing so before). However, one of these activities, or any other, should be reserved just for you.

10. Let them be little: Not that we really have much of a say in this, but the younger one grows up just so much faster - they speak sooner in many cases, are in more of a hurry to do everything their elder one wants to do, (my daughter for instance only wants his toys, so I cannot get her to sit down and really play with baby toys, unless I pretend like I bought them for her brother), they drop their naps sooner and in a blink of an eye they are walking, talking little toddlers.
If I could freeze time, I would, and trust me - like everything else, I would share my secrets with you too. However, all I can say is - let them grow at their own pace and not rush them to grow up any faster than they already do... it's gone in a blink of an eye as it is.

Happy New Year Mamas and Papas! Hope you all have healthy, happy, and successful 2018s!

MUCH more to come in the New Year!xx
-TKV

All content on this blog belongs to the author and cannot be replicated or reproduced without permission.