Things Every Parent Should Know About Starting Solid Foods: 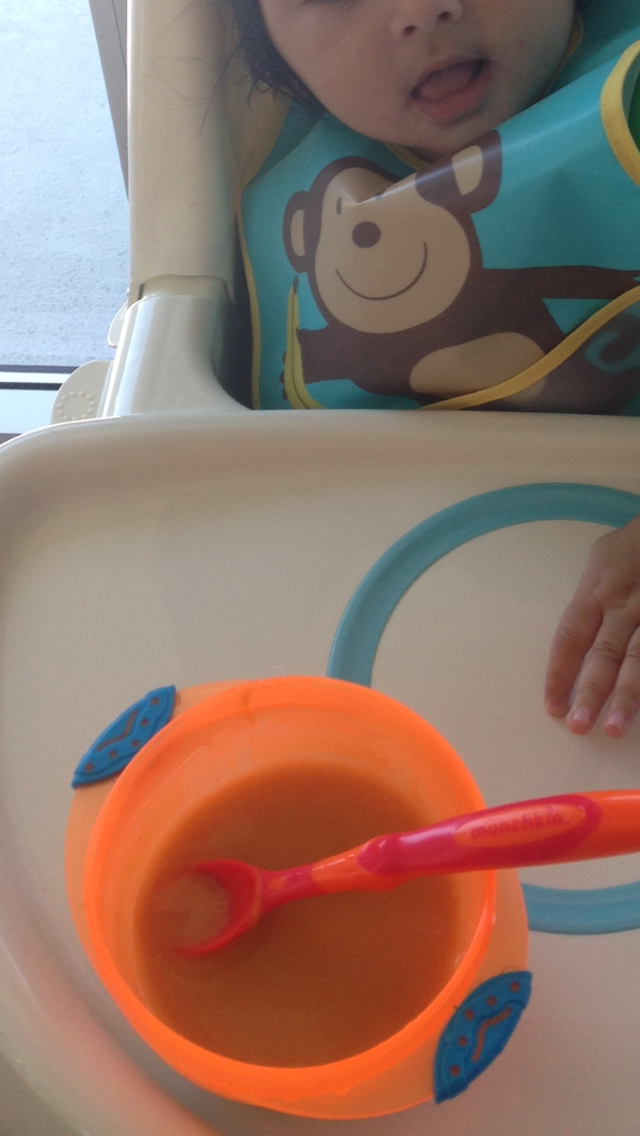 As new parents, we all hear about how kids love or hate their food, sleep better with cereal, make a huge mess while eating, and so on. To me, a lot of this was fact and some turned out to be fiction. I must admit though, I was really excited to start solids. Not that nursing isn't easy and relatively mess-free at this point (5 months in, that is), but I wanted to see how much of mine and my husband's foodie gene is genetic. I was looking forward to yet another new experience with my baby.

There is a lot I knew about solids before starting and a number of decisions I made based on the information I had. However, the experience teaches you more than anything I read could have. For those who already know the basics, feel free to skip on to downward to look for pearls of wisdom through my experience.

What I knew before I started solids:


Basically, there is an endless supply of information out there, and as you can see there are multiple sides to every story (and theory). At the end of the day you need to do what feels right for you and your baby. Below is what I decided to do.

The decisions I made:

Here are some takeaways from my experience:

Feel free to let me know if you have any questions and good luck with your baby food adventures!
More to come!xx
-TKV
Posted by Tanya Khubchandani Vatsa